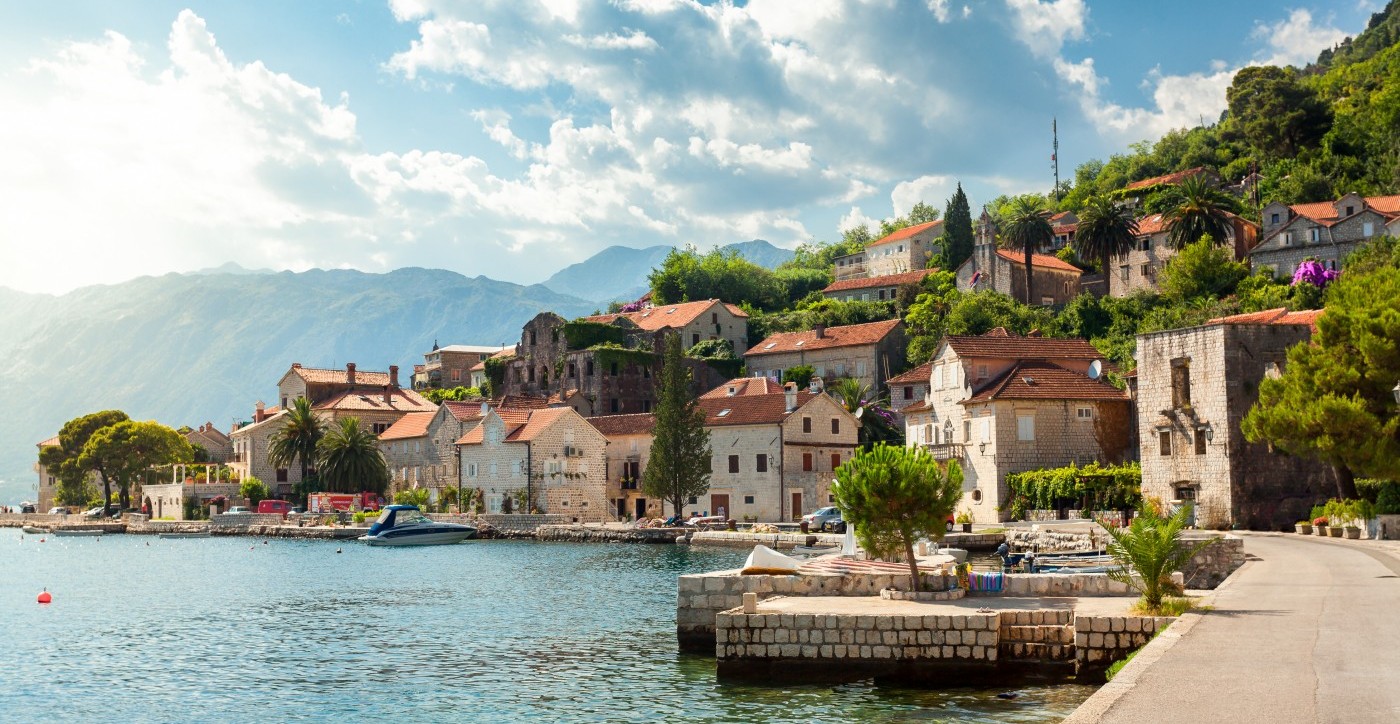 Budva, located 45 mi/75 km southwest of Podgorica, is one of the busiest resort towns along the coast of Montenegro. Budva was almost completely destroyed by an earthquake in 1979 but was rebuilt, including the Venetian-style old town center and its surrounding city wall. The city has a selection of large resort hotels and vacation apartments, well-developed infrastructure and the liveliest nightlife on the coast and has has expanded rapidly in recent years.

Further down the coast is Sveti Stefan, a beautiful little gem of an island. Once a fishing village, Sveti Stefan is now a resort island run by Aman Resorts. Other nearby beach resorts include Becici, Rafailovici, Przno and Milocer.

The city of Kotor, Montenegro, is one of the best preserved medieval towns in the Mediterranean. Steep cliffs surround the Bay of Kotor, which has given the town its nickname of “Europe’s most southern fjord.” The city is still surrounded by its ancient walls, and is home to the St. Tryphon Cathedral, built in the 12th century. Tucked away in the Bay of Kotor off the Adriatic Sea, Kotor is a convenient stop for cruises leaving from Venice and traveling along the Adriatic coastline.