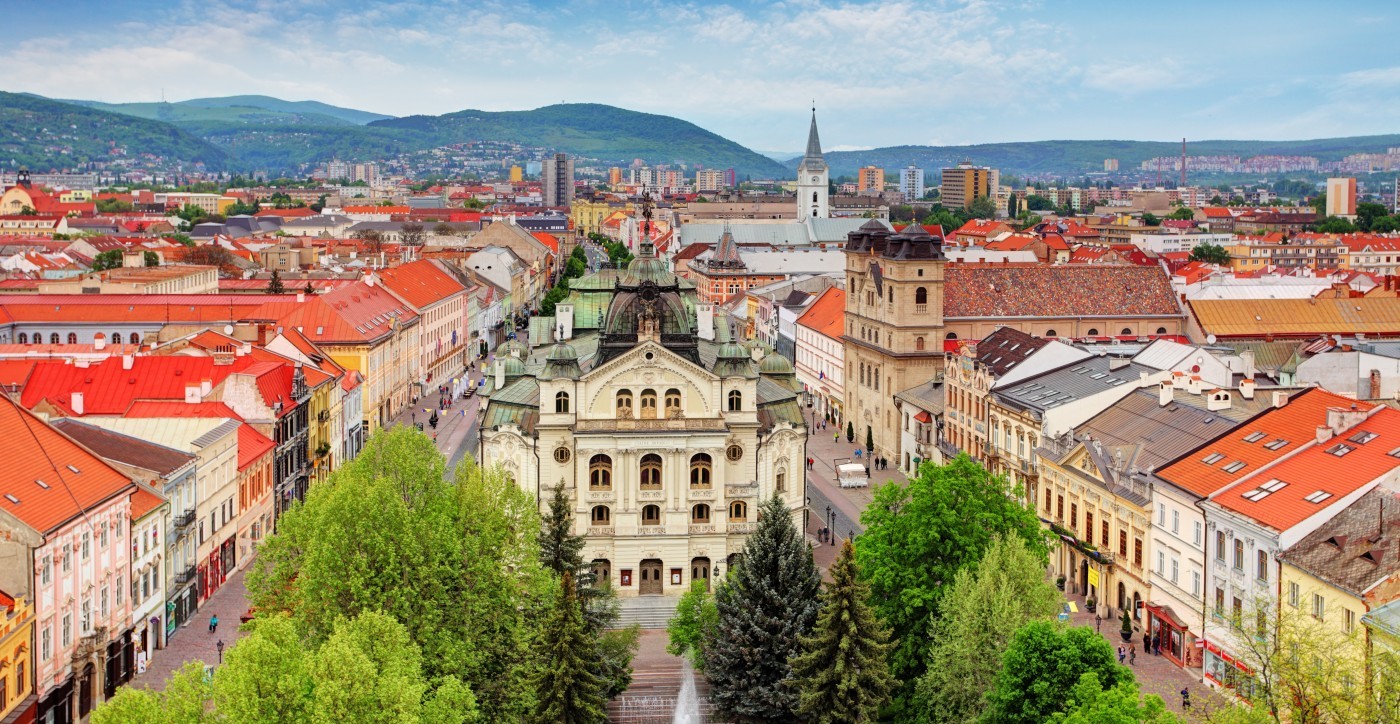 Bratislava, Slovakia’s capital, is a charming city that is situated where the Carpathian Mountains meet the River Danube. The city has two personalities: The first is old-world, Hapsburg baroque, reflected in the charming row houses and the historic Old Quarter. The second is characterized by neighborhoods of concrete block-style buildings, typical of many of the former Eastern Bloc countries. Both architectural styles combine to form an interesting, urban mix.

Much of older Bratislava has been spruced up—the center of Old Town is now an attractive pedestrian zone. At the heart of Old Town is Hlavne Square, which is home to a wonderful Christmas market in December. Wooden stands are set up which sell locally produced handicrafts, beautiful Christmas ornaments, hot mulled wine, sausages, soup and palacinky (local crepes).

It’s hard to miss Novy Most, also called Most SNP which stands for “Slovak National Uprising Bridge”. The bridge has an observation deck and restaurant, which offers nice views, however the city’s historic Jewish quarter was torn down to make way for this structure unfortunately.

The best place to see totalitarian architecture is Namestie Slobody, a monumental square which was originally built around an enormous statue of former Communist President Klement Gottwald, which has since been removed. On one side of the square is the world’s largest post office.